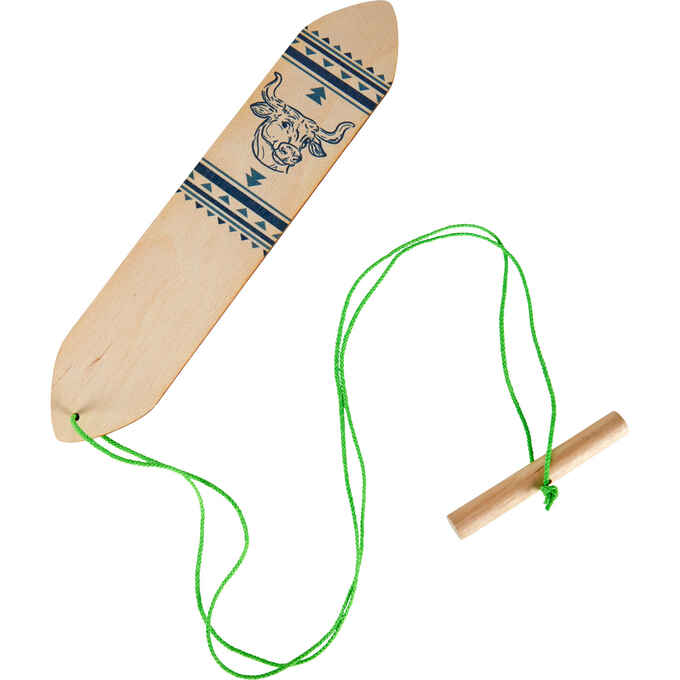 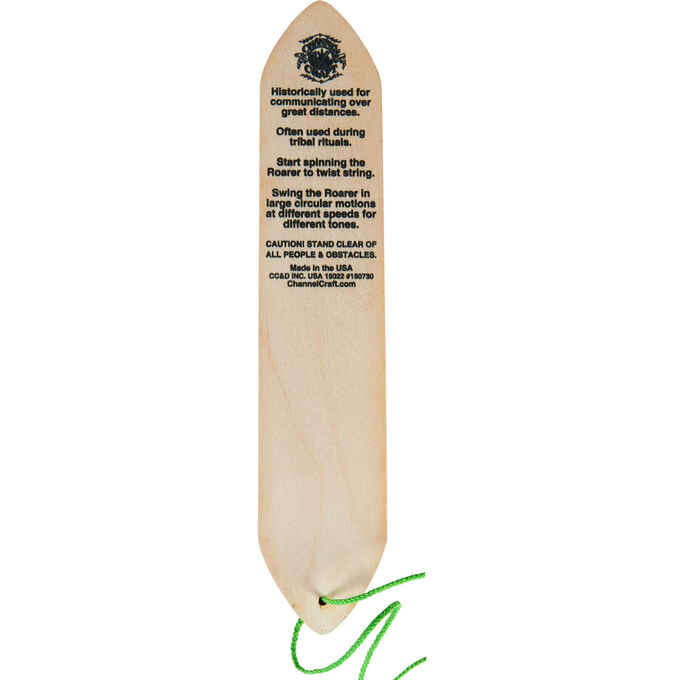 Have Yourself a Roaring Good Time

According to legend, this is the exact same folk instrument that mythical lumberjack Paul Bunyan used to summon Babe, a Blue Ox so big that 42 axe handles plus a plug of tobacco could fit between his eyes. In fact, Babe stood so tall that he couldn’t hear Paul holler, “Timber!” when a tree was about to topple because of the winds blowing around at that height. To warn his faithful ox, Paul used his trusty Bull Roarer – an old-time folk instrument that’s been used for hundreds of years to communicate over long distances. When spun overhead like a cowboy swings a lasso, the device produces a roar that some folks say sounds like the bellow of an angry bull. It works just as well today as it did for Ol’ Paul – so you can raise a ruckus until the cows come home.

CAUTION: Stand 9' clear of people and obstacles when using so you don’t thwack anyone or anything by accident!