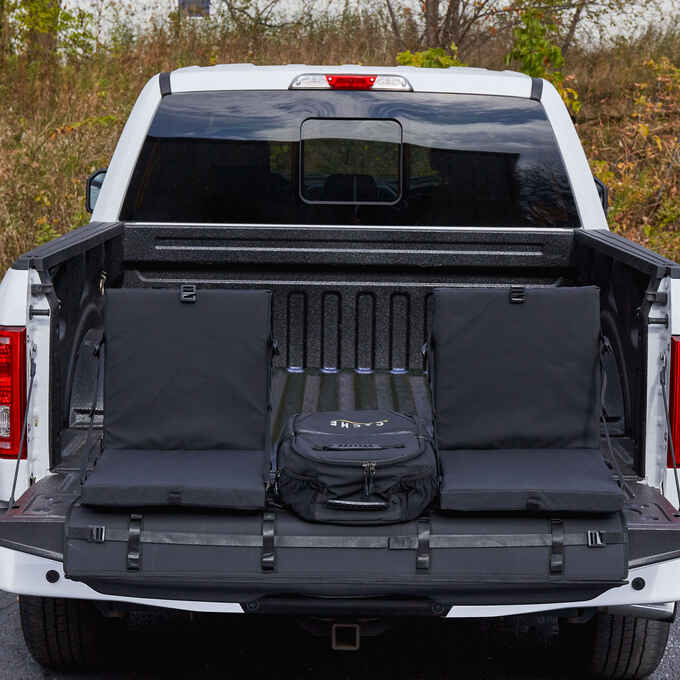 Contrary to popular belief, the mother of invention is not necessity, but frustration.  Case in point: the Cache Basecamp System. Fed up with the failings of standard tailgate pads, Utah-based brothers Dillon and Tyler Green teamed up with their late father, Jeff, to build something better – and did they ever. The Cache Basecamp System clamps onto your tailgate in less than 5 minutes to serve as a strong, theft-thwarting spot to secure your gear – even when you’re barreling down a washboard gravel road. The modular design lets you swap out accessories like the included Jeffrey Cooler and pair of padded lounge chairs. A steel wire beaded cable and combination carabiner locks the pad in place to foil would-be bandits. And there’s even an integrated tie-down strap for securing stuff to your tailgate, from bikes and kayaks to lumber and conduit. Best of all, it’s backed by a 5-year warranty, so you can count on miles of trusty performance.