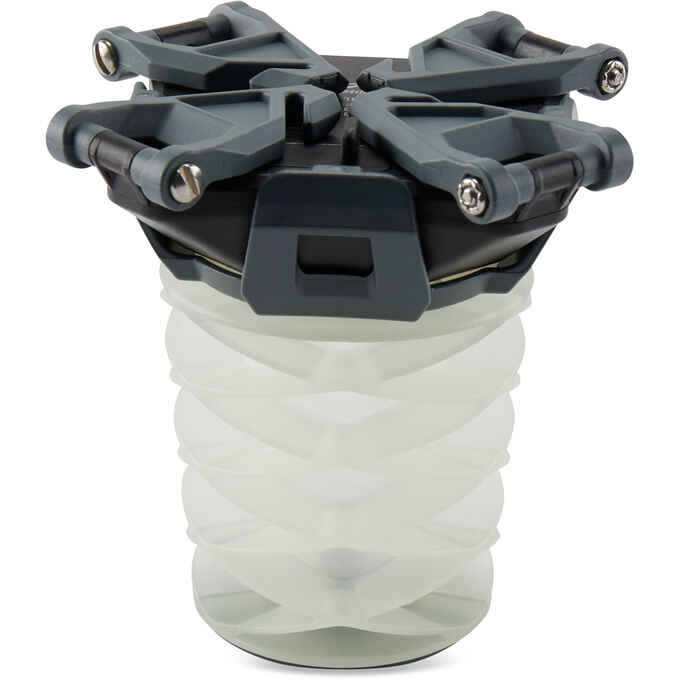 Plenty of Light for any Dark, Remote Campsite

Sure, you might be headed out into the wild as far away from civilization as you can get. But bumping around in the pitch-black of night is only fun for so long, which is why you should pack a Helix Backcountry Lantern. It’s built-in lithium battery powers a warm white 150-lumen LED bulb on high for up to 6 hours, plenty of time from sundown until it’s time to hit the sack. Or it’ll light for multiple nights in a row, with an 18 hour burntime on low mode. Want to preserve your night vision to gaze at the constellations? Set it to shine red light instead and it can last for 22 hours. Whenever the lantern gets low on juice, just recharge it with common battery packs (or anywhere else) via the included micro-USB cable. Multiple hanging points and folding, free-standing legs so you can position it anywhere you need in camp. And if what you need at the moment is really a flashlight, just yank off the diffuser for clear, directed light. It’s even rated for IPX6 water resistance – ready for any rugged adventure that you are.