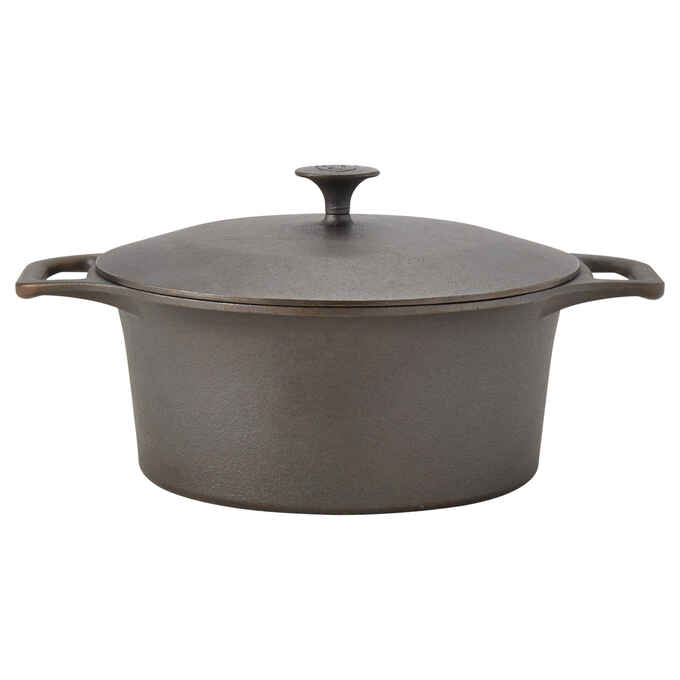 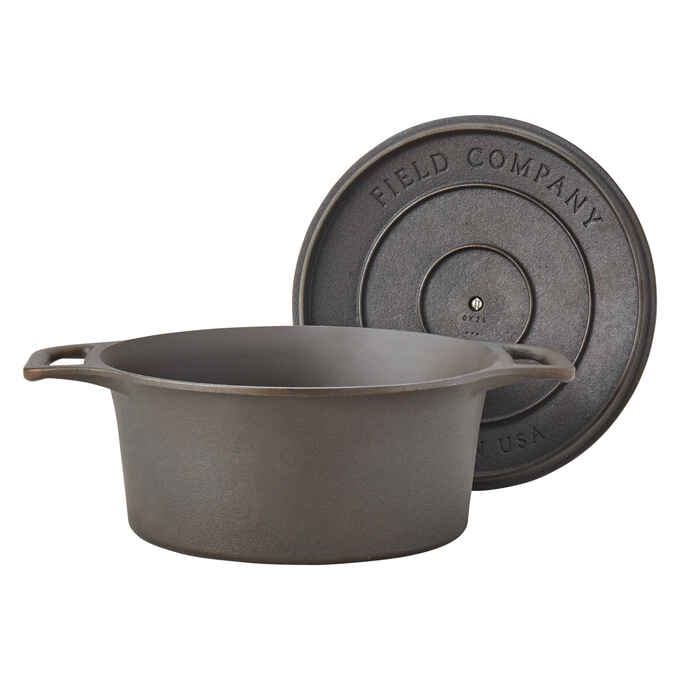 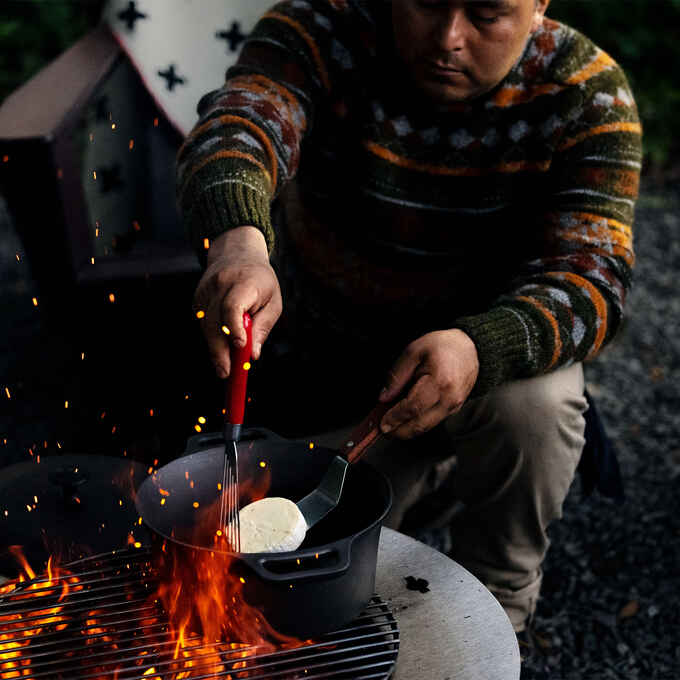 Name aside, Dutch ovens have quite a long American history. Two centuries ago they were valuable enough to leave in wills, and Lewis and Clark carried them on their northwest expedition. It's no large surprise, considering that few other objects offer such versatility both in the kitchen and over campfire coals. And yet Field Company takes that usefulness further with their American-made #8 Cast Iron Dutch Oven. It is surprisingly light for cast iron, weighing 10.5 pounds with lid on and yet able to contain 4.5 quarts. Field’s pre-seasoning process produces an exceptionally smooth surface that improves the cast iron’s non-stick properties. And unlike enamel Dutch ovens which will chip over time, the traditional cast iron construction maintains its usefulness indefinitely with a bit of common-sense care to preserve the seasoning. Which ensures that, in proud American tradition, you may will this oven to future generations yourself.